The stage was still smoldering when Leonard Cohen stepped upon it shortly after 4am.

Hours earlier, on the final night of the Isle of Wight concert in 1970, the festival had deteriorated into anarchy when the rain-soaked crowd of 600,000—few of whom had slept in five days—responded to Jimi Hendrix’s incendiary performance by setting ablaze anything remotely combustible.

The piano and organ were burned to the ground. 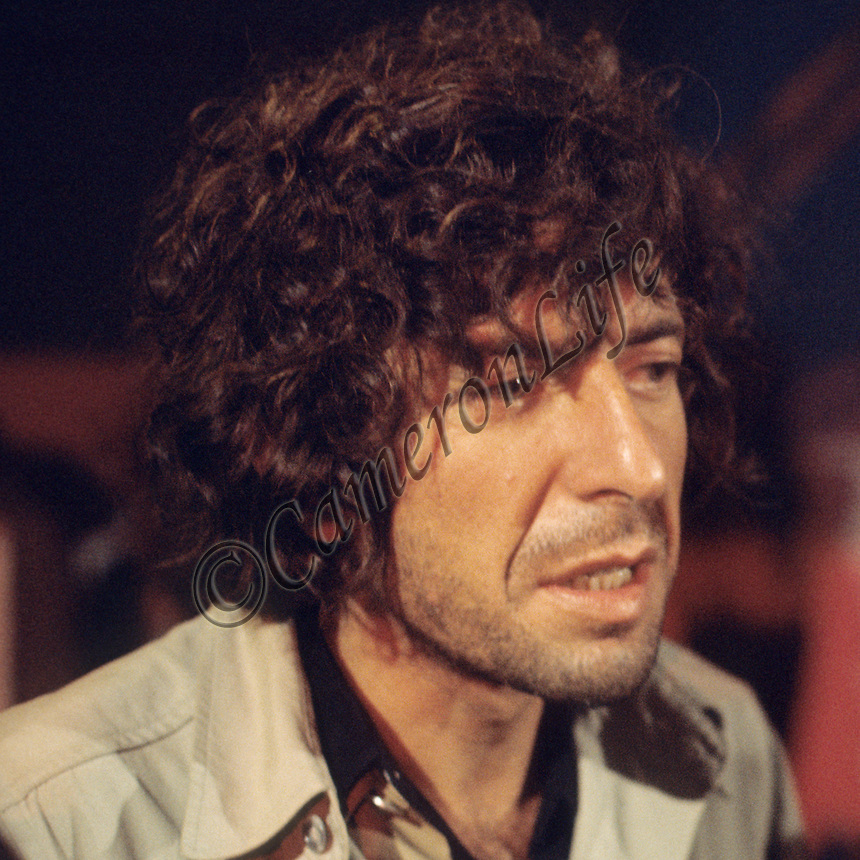 Bed-headed from a two-hour nap and belted in a frayed safari jacket, the 35-year-old Cohen greeted the snarly crowd of half a million undefiantly with an anecdote from his childhood:

When I was seven years old, my father used to take me to the circus. He had a black mustache, a gray vest and a pansy in his lapel, and he liked the circus better than I did.

But there was one thing that happened at the circus that I used to wait for.

I don’t want to impose upon you—this isn’t like a “sing-a-long with Mitch”—but there was one moment when a man would stand up and say,

“Would someone light a match so we can locate one another?”

So could I ask you, each person, to light a match so I can see you all? So we can locate one another. I know that you know why you’re lighting them.

And then he played “Bird on a Wire.”

British rock journalist Sylvie Simmons watched it all from the wings alongside Baez, Kristofferson and Judy Collins, who stood in awe. “Leonard greeted the crowd with a hypnotist’s charm and an intimacy that seemed unfeasible in such a vast, inhospitable space. It was magical, from the first moment to the last. I’ve never seen anything like it.”

There’s some debate as to whether this began the practice of audiences holding up lighters at concerts. Some attribute it to Dylan and the Band’s world tour the same year. Others credit the Doors’ “Light My Fire.” The beginning of Live Peace in Toronto 1969 by John Lennon and the Plastic Ono Band begins with emcee Kim Fowley instructing the audience to “Get your matches ready. Ladies and gentlemen, the Plastic Ono Band.”

Music critic George Varga, though, offers the strongest empirical evidence: “During the Mudfest of 1969, otherwise known as Woodstock, the performance of a songbird known as Melanie during a massive rainstorm was rewarded by appreciative fans who held various lit items up to demonstrate their gratitude. Melanie documented this illuminating incident in her song ‘Lay Down (Candles in the Rain).’”

As I see it, though, laying claim to a candlelight vigil is as futile as Richard Lewis’s attempt at copywriting “____ from hell.”

Of much greater concern is the fact that the practice has grown extinct, replaced by cell phones and PDAs hoisted maniacally into the air like radioactive semaphores. Sure, the fact that fewer and fewer people carry lighters speaks to a healthier (and safer) world, but I’d still like to dust the practice off — we could use some help finding each other

Particularly when the need to locate one another arises.